You are here: Home / Mobile Massage for Film Studios in Senoia and Fayetteville, GA

(Atlanta May 5, 2014) Atlanta-based Turn2 Massage announced today the expansion of its mobile massage offering to service film studios in Fayetteville and Senoia, Ga.

Turn 2 Massage owner and licensed massage therapist, Michelle DiGaetano, has worked for several years with productions throughout the area.

“As massage services are so well received by the industry, we felt it was necessary to expand our services to production studios in Fayetteville and Senoia,” DiGaetano said.

Turn 2 Massage has worked on various film and television productions sets throughout Georgia and was excited when the small city of Senoia became well known as the filming location for AMC’s highly-rated television series The Walking Dead. This has brought opportunities for entrepreneurs to develop businesses that likely would not have been established or able to succeed in such a small city had it not been for the large studio facility and popularity of the show.

The recent opening of another large film studio in nearby Fayetteville will also be home to many feature films.

Production companies seeking massage services while filming in locations throughout Georgia can contact 404-917-9001 or email: info@turn2massage.com

Make Turn 2 Massage your choice for mobile massage therapy on movie sets filming on location in Atlanta and surrounding areas. 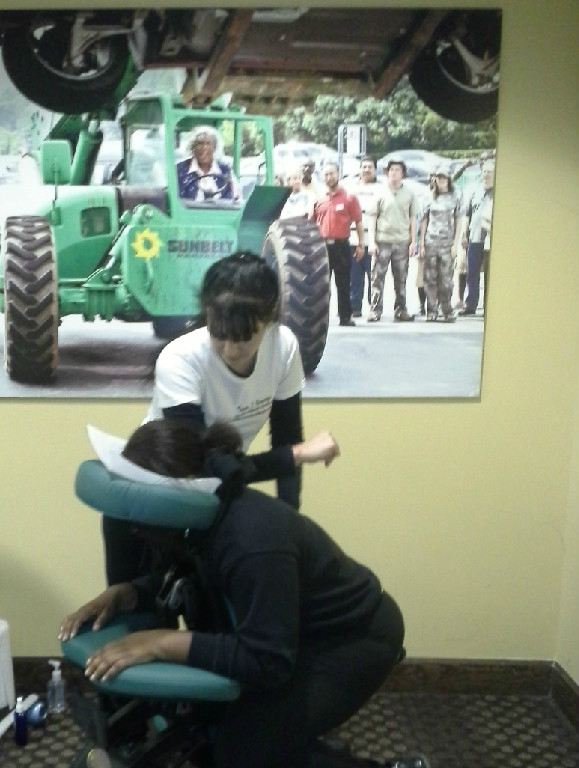 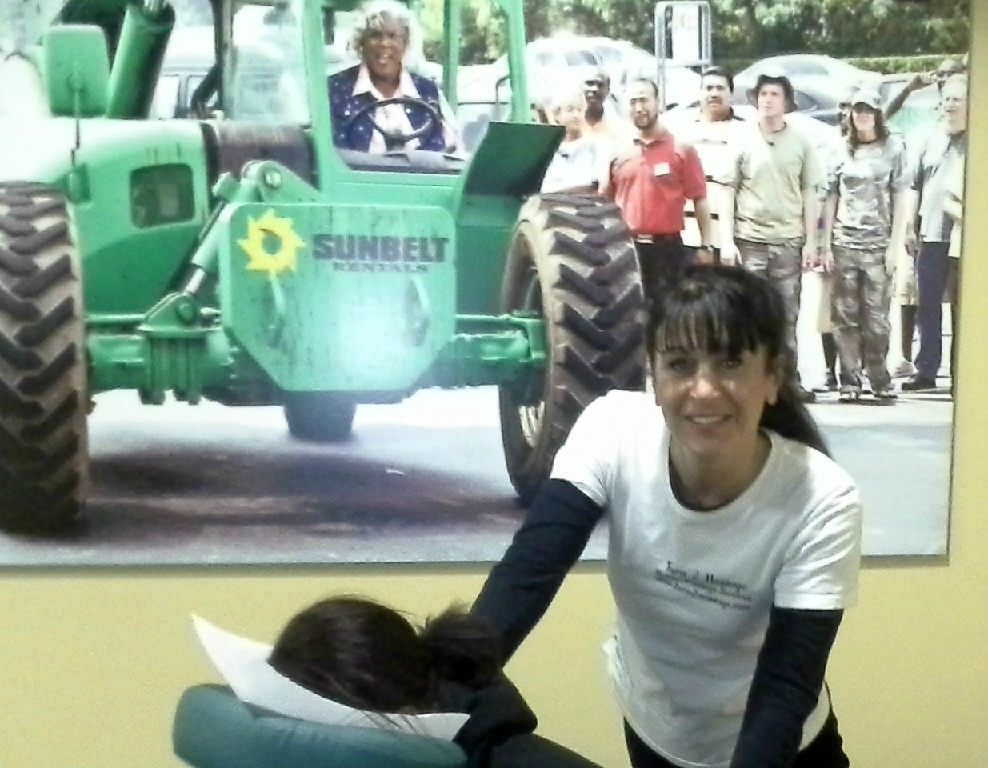 Our team of professional massage therapists are experts in their field.  Skilled in both therapeutic full body massage as well as chair massage therapy.